Social Justice and ELT through the Visual Arts

Last March, Anna Whitcher and Kieran Donaghy presented at the GISIG and Visual Arts Circle Joint PCE.   In this session , they looked at a number of resources such as projects, resource websites, lesson plans and publications which promote social justice in English language teaching, created by members of the Visual Arts Circle, a community of practice of language teaching professionals with a shared interest in the value of using the visual arts in language education. 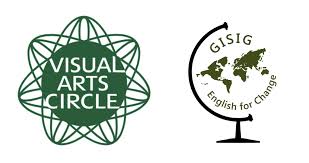 These are the resources presented in the session: 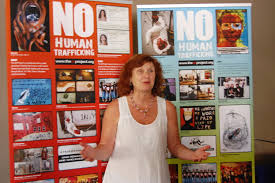 Judy Boyle – The NO Project 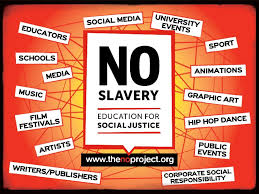 The NO Project is an award-winning, global, educational anti-slavery campaign that specifically targets youth awareness of modern slavery and human trafficking through film, music, art, dance, theatre, journalism, creative writing, education and social media. The project was set up and run by Judy Boyle. 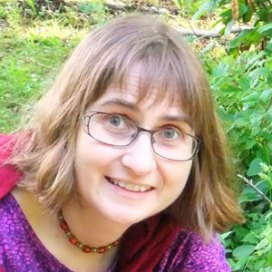 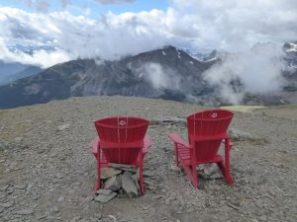 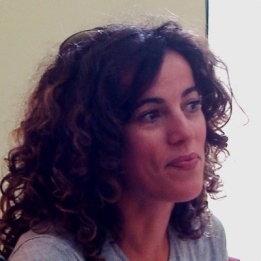 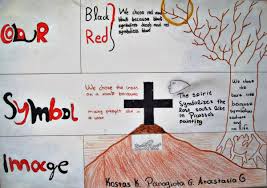 Art Least is a site created by Chrysa Papalazarou, an English teacher from Greece who works in a state primary school. Her site explores ways of using art in English language teaching and learning, promoting social justice, and a more thoughtful and creative flow in the English classroom 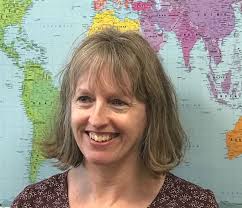 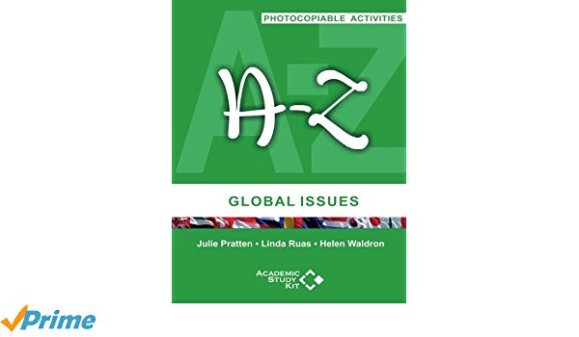 Linda Ruas is a trainer of ESOL teachers and an ESOL teacher at a London college. She is also Joint Coordinator of IATEFL Global Issues SIG.

The Easier English Wiki provides the same texts and photos that New Internationalist magazine offers, but with easier vocabulary and grammar. This content covers the issues many English language students are living with or experiencing, or issues that are vital to understand in today’s world. Learners can learn English, reading the simplified article and then the original, develop critical thinking and visual literacy skills, and break down barriers at the same time. 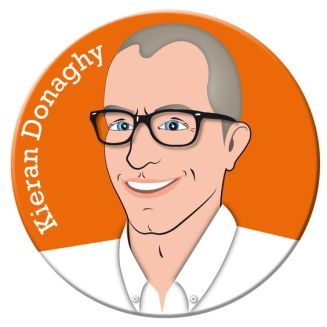 Kieran Donaghy is a teacher, trainer and writer based in Barcelona. His website Film English has a large number of lesson plans designed around short films which promote social justice and universal values such as compassion, kinness and equality in the language classroom. 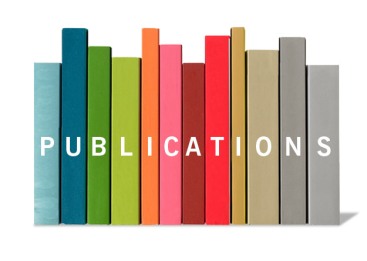 The book can be downloaded for free: 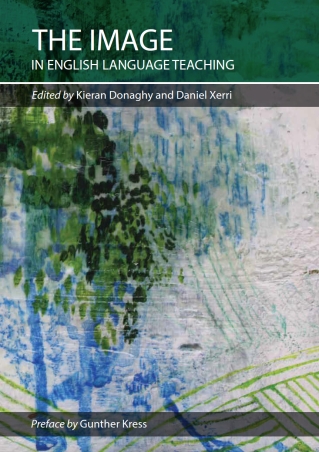 The Image in English Language Teaching is the first publication of the Visual Arts Circle in collaboration with the Maltese ELT Council. It’s a collection of 18 chapters inspired by talks at the first five editions of the Image Conference. Two chapters are on how art can be used to promote peace and social justice in the language classroom: 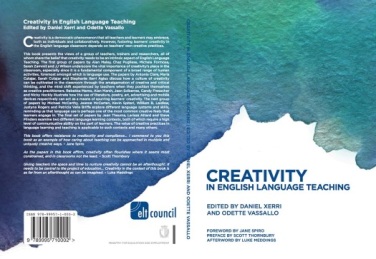 Images on canvas: art, thinking and creativity in ELT

For anyone interested, here is their powerpoint presentation and description.Social Justice and the Visual Arts in English Language Teaching Handout

When I moved house and changed jobs in August 2016, I had no idea the school year of 2016/2017 would become one of the most rewarding ones . Nor did I know I would meet four amazing teens who would inspire me to create the first stop- motion video in my EFL teaching career ever.

I  have been a life-long fan of movies. I love the YouTube series Everything Wrong With… and Honest Trailers, and I have taken the Filmmaking and Animation in the Classroom course on the FutureLearn platform. I have also been a keen and enthusiastic follower of Kieran Donaghy’s Film English blog for several years and I was lucky enough to have acquired Kieran’s book Film in Action during the Image Conference in Malta in October 2016. Thus, when I got a job as an EFL instructor at the Youth Cultural Center no. 1 in Poznan, Poland, and I was given complete freedom in curriculum development, I instantly decided one of my courses would be called “Movie English”. I was sure I could create an interesting alternative to “ordinary” English classes.

Two of my students, Zosia and Magda, enrolled for both Movie English and a regular course I was also teaching, so it was easy to build on their knowledge and skills and use these skills across the two courses.

Initially, our English Club, a group of 5 teens, joined an eTwinning weather-related project with two great colleagues I had known and collaborated with previously: Mrs. Maria Panou, an EFL teacher from Greece, and Mrs. Olena Kononenko, an EFL teacher from Ukraine. Several other European schools were involved, too. For those not familiar with eTwinning, it is a community for schools in Europe which offers a platform for teachers to collaborate, share, and develop attractive international projects.

The weather project participants agreed on and pre-planned the tasks, and then I introduced my students to the whole initiative. Sadly, after a week, we received an email from our National Agency telling us that Youth Cultural Centers were not entitled to take part in eTwinning projects, and our institution was banned from the one we had enthusiastically started. Nonetheless, I decided to adopt certain elements of the weather project into our Movie English course.

One aspect of the weather project was “music and songs inspired by the atmospheric conditions”. I chose two: Riders on the Storm and Here Comes the Sun. It was quite surprising to find out my students had never heard them before, though after a while some of them confessed Here Comes the Sun sounded vaguely familiar.

Initially, we examined the feelings and emotions that the two songs evoked, and we discussed whether the lyrics matched the tunes. Afterwards, the students were asked to write a short story whose initial scene would be illustrated with the gloomy song and the closing scene with the optimistic tune.

They came up with the following script, also quoted on their blog:

A family (father, mother, a 16-year-old daughter) are going somewhere by car. There’s a storm. It is raining and it’s very windy. Suddenly, the father loses control of the car and it rolls over. The parents die. The daughter survives. A boy who is the same age as the daughter, and who’s been walking his dog, sees the accident and helps the girl. He calls the emergency, and it transports the girl to hospital. After some time, the teenager visits her in the hospital. She is really grateful. He also brings her some sweets and a small pillow that he found near the accident scene. As it turns out, it’s her favorite pillow. There are some more visits in the hospital, the two fall in love, and when she is finally able to get up, they go to the hospital park. As they are walking, we can hear “Here Comes the Sun”.

Whether I viewed it as very original was not the point. What I wanted my students to do was to have fun, acquire knowledge, and improve their English.

We already had a story, but the students still needed to learn how to practically transform it into a short video. During a couple of following classes, they researched and discussed the filmmaking industry, the Academy Awards, movie-making techniques, shot sizes, camera angles and other technicalities.

Then came the time for creating the storyboard (using the Filmmaking course template), where all the theory was put into practice.

The students decided the first scene was to be a wide shot and high angle for setting up the scene; the next one – a low angle for the car in the storm; the following one – a mid- shot for the phone call; then, a top shot for the emergency vehicles, followed by a medium long shot in the hospital and a long-to-extreme long shot for the final scene in the park. This plan was obviously modified in the process, but we had a firm basis to build on.

We gathered a selection of Playmobil figurines, toy cars, and other props, and we started experimenting with the camera, tripod, and light. It took the group four months in total (excluding the Easter holiday and some other breaks) to arrange the scenes, shoot the photos, edit the movie, and give it the final touch before putting it online. The story-creating, script-writing, and shooting was done by everyone: Zosia Matusiak, Magda Mołoń, Dawid Stryszyk, and Wiktor Kossowski (when he was present, Piotr Jankiewicz actively contributed, too). Dawid turned out to be the most patient, industrious, and creative editor, and Zosia studied music hard to play the guitar in the final scene.

The final product, our Weather Movie, can be viewed here, and the details of the project are displayed on their blog, Youth Cultural Center English Club Blog.

I would hereby like to thank the awesome team of teens who helped me try out something new in my EFL teaching career and, once again, proved to me that movies are one of the best and most inspiring EFL teaching media, whether viewed or created.

Magdalena Brzezinska is a graduate from Adam Mickiewicz University in Poznan, Poland, with a degree in English Philology; EFL teacher and teacher trainer; sworn legal translator; certified art therapist. She used to be a Community TA and Mentor, e.g. for MoMA’s Art and Inquiry course. In her free time, she organizes international projects featuring participants’ artwork and literature.